PITCO also specializes in reliable deliveries of Steam Coal to Power Stations and other industrial consumers. Energy is the basis of our highly developed society. Its availability allows us to organize our public life and to pursue scientific actions and industrial expansion. PITCO is exclusive partners with HMS Bergbau AG, Germany’s leading coal trading and mining company, with long-term relationships and in part exclusive access to mining operations of coal producers in South Africa, Indonesia, Poland, Russia, the Americas including Colombia & Venezuela. Together, we cater to Pakistan’s ever growing energy fuel supply demand. Pakistan’s industry has been predominately been using natural gas/fuel/HFO/diesel etc. With the limited gas resources and the fuel prices going up, Pakistan’s industry is facing a daunting task of finding alternate fuels. PITCO and HMS offer clients the following:

PITCO and HMS supply over 550,000 tons of steam coal annually to Pakistani Cement Plants. Moreover, with Pakistan’s industry mostly converting its power and steam generation from natural gas to coal, due the severe shortage of gas, PITCO and HMS are marketing imported steam coal of various sizes. With a dedicated screening operation at Karachi Port, we service over 70 customers across Pakistan with imported steam coal for use in boilers and gasifiers.

It is hard to imagine our life without energy. Though energy is invisible and is usually taken for granted, its production and supply needs careful planning with great organizational effort. In the last few years unconventional gas is playing an increasingly important role. Especially in the US the production of Shale Gas lead to an expansion in the gas supply and therefore prices (Henry Hub spot price) were pressed down. Due to continuous increase of traded LNG (liquefied natural gas) it is possible to decouple supply and demand centers, thus enabling the development of an international gas market. Coal is currently experiencing its revival. Many think Coal as a sign of backwardness and something that belongs in the last century. Although very few people are aware that coal contributes significantly to the global energy mix, covering almost a third of global primary energy consumption and over 40% of electricity production. Coal is cheap, readily available and, distributed equal over all continents. Application of new and advanced technologies increases the efficiency of coal power plants and reduces its impact on the environment. Electricity is produced in power stations and 41% of global electricity is coal-based. This substantial coal contribution has remained stable for many years. The IEA now estimate that coal will become even more important and contribute over 45% to global electricity by next 15 years. Due to fast economic growth in developing countries, especially in China and India, and on top of it due to its favorable price and availability, coal will continue to be the main source of electricity and even gain importance in the future. Coal combustion can be replaced only when mankind is in the position to work solar energy for use in an efficient and cost-effective way. Coal is readily available and can easily be produced and transported and at the same time is economical in comparison to other energy sources. 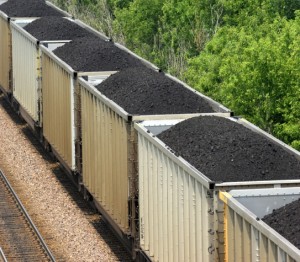 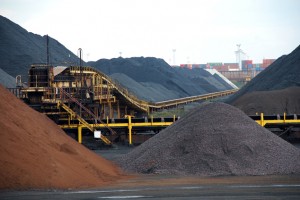 Coal, also referred to as Black Gold, is a raw material that is globally available across countries and continents. Coal created in a process of carbonization of plant remains under pressure and lack of oxygen. The main parts of coal are carbon, hydrogen and oxygen. Coal yields thermal energy during combustion.

Source: Dr. Lars Schernikau “Economics of the International Coal Trade. The Renaissance of Steam Coal”, Springer, 2010.
The energy strength of coal depends on the level of its carbonization: anthracite has the highest calorific value, followed by various sorts of hard coals and lignite. If we let biomass or even coal “carbonate” for another 1-3 billion years they will eventually turn into diamonds. On the lowest rank of the coal hierarchy is peat, branded by high moisture and low calorific value. The marginal between different grades of coal is rather blurred and characterized by many national coal sorting systems. Lastly, a refined form of industrially processed coal is coke, which is used for the construction of steel.
The Following Parameters are very Important for Coal Classification:
Detailed Coal Classification

Thermal energy is produced during combustion of coal. The following tables help to get a summary of different energy units and their conversion. Energy Units: Definitions

Coal reserves are projected to reach 729 billion tons (2009) globally, which should last for another 120-125 years at current coal production levels. Reserves are part of total coal properties which can be economically produced at the current state of technology. In comparison, estimation of oil and gas reserves are 40-45 and 60-65 years respectively. The highly industrialized and developing countries have very large coal deposits. From research it was estimated that in 2009?6.1 billion tons of coal were produced. This explains a 90% increase compared to 25 years ago. The top five biggest coal-producing nations are China, USA, India, South Africa and Australia. The top five most important applications for coal are: